I’m not sure if my summer reads are what most people consider summer reads. I tend not to choose the easy breezy ones — although I often like them when I do. This year’s load of novels is no exception, though, and I’ve gleefully read about about darkness and mayhem through hot, sunny days. Sunscreen and monsters are excellent companions.

These are the ones I liked the most: 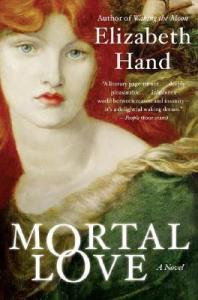 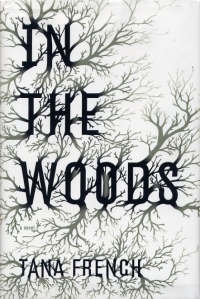 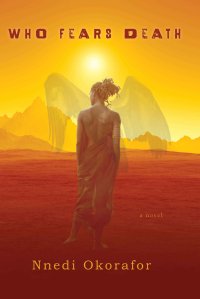 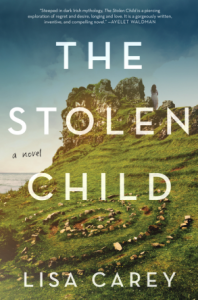 See What I have done by Sarah Schmidt – I have a longstanding, gruesome fascination for female killers. Especially the ones from back in the days, when female life was so intimately connected to the domestic sphere and the nurturing role. Killing had to be fit into the tight schedule of running a household; carrying water and tending fires. Maybe that’s why there are so few female killers. Lizzie Borden was not like that, though, she had a maid who did the chores for her. Maybe that’s what upset people the most, that a well-raised daughter from an upstanding family could give those legendary whacks. I really liked the structure of this novel, who is told from several points of view. I also liked the portrait of a household gone mad, decaying from within, eating itself. The language is littered with disgusting imagery and other sensory descriptions — a little too much at times, not everything have to smell stale — but it works well to underline the tense, claustrophobic atmosphere in the novel.

Mortal Love by Elizabeth Hand – This is an odd one. It’s a faerie story, but also a story about artists and muses and the nature of inspiration, mixed with old legends of the Arthurian variety and a peep into Victorian psychiatric care. It’s also about the kind of love that drives you mad, and the kind that never dies, and the unfortunate consequences that ultimately ensues when a faerie decides to cross the veil. It might not be everybody’s cup of tea, but liked it immensely.

In the Woods by Tana French – I came late to the party for this one. Maybe because I’m Scandinavian, and thus suffers from crime novel fatigue. In the Woods is a bit different though, in that the murder mystery is just the wrapping, and the real story happens in the MC’s head. Mysterious woods that swallows children, archaeological digs and strange memories of things that couldn’t possibly have happened — what’s not to love? I adore it when novels don’t wrap up with straight answers and will probably read the rest of the series too now, if only to recapture that uncanny feeling.

The Marsh King’s Daughter by Karen Dionne – This is such an unusual POV. It’s not like we haven’t thought about it; what happens to those babies born in twisted captivity when they are finally let out of the cellar/attic, or in this case: marshes. What it is like to learn that your mother is held against her will, and not fully grasp what that means, when you have no concept of things like freedom. I think the portrait of Helena’s father — the wicked marsh king — is stellar. He is deeply flawed and wretched, but has also taught his daughter everything she knows. The way he undermines her mother’s efforts to have any influence over her daughter and molds Helena in his image is heart wrenching. I think everyone who has any experience with narcissism or other disorders in the ‘dangerous’ category can relate to the tension in that house in the marshes. I found I cared less about Helena-as-an-adult’s hunt for her father (maybe because I dislike a lot of running about), but rooted more for the little girl that she was.

Who Fears Death by Nnedi Okorafor – Late for the party on this one too, just in time to have gobbled it down before it was snatched up by HBO and George RR Martin. I thought this was an unusual, and magical and painful read. Above all: very, very good. I loved Onyesonwu’s flawed and tangled character, and the way she evolves to meet her fate. I loved the world-building and subtle way the post-apocalyptic elements were introduced. I also loved the way it didn’t shy away from darkness and violence, but explored the themes throughout. In some ways, it is a classical quest/coming of age — but with the wild magic and the fleshed out characters it never became predictable. Maybe it’s just this mix of the familiar (‘the hero’s journey’) and the unfamiliar that makes it work so well.

The Stolen Child by Lisa Carey – I knew nothing about this novel or its author before I sat down to read, lured by the promise of faeries. It delivered on that, of course, but I got so much more in the bargain. This is a beautifully crafted novel with complex characters and a prose that is as smooth as soft butter of fresh bread. The novel is set on a small island in Ireland in 1959, just as the few remaining islanders are coaxed to leave their ancestral homes for council flats on the mainland with running water and gas stoves. So far, the islanders have resisted the pressure and remains, living in pretty much the same way as generations before them have, in an environment where the veil between the worlds is paper thin and unpredictable, the faeries (to some) as much of a threat as the sea that surrounds the island. It’s a story about women: mothers, daughters, sisters and neighbors and the tangled webs between them. It is also about saints and sinners, pregnancy and childbirth, the old and the new, magic and superstitions. It’s not en easy read, there’s plenty of misery to go around, but it it’s also beautiful in strange and unexpected ways. This summer’s big surprise — I loved it.

This entry was posted in Books, Dark Fiction, Myths, Uncategorized. Bookmark the permalink.