For the last couple of decades I’ve been a notorious collector of tarot decks. I think the main reason for this obsession (besides the obvious prettiness of the cards), is that I couldn’t get them where I grew up. As an aspiring wiccan in the early nineties I read books about the cards, marveled at their mysterious (or not so mysterious) origins, and their complex (or not so complex) symbolism. But there were nowhere to buy them in rural Norway at that time, and internet shopping was still not a thing, so I was left gawking at book pages with no chance of getting an actual deck.

I saw a deck once, at a music festival in Oslo. I was fourteen at the time, on vacation with my family – and had already blown my money on other trinkets and bubble gum. I hovered by the stall that had them on display for hours, aching in my little chest because I couldn’t get my paws on the shiny deck. I knew there was no way my mother would allow me to borrow money for something like that, so I had to leave empty handed.

So… as an adult I’ve happily overcompensated, and is today the proud owner of between 30-40 decks of cards, and that’s not counting the ones I’ve given away. My main reason for buying and keeping such an extensive garden of cards is not primarily to read the future. I know how, of course – have even done it professionally for a little while (which was so not my cup of tea) – but I’m still not convinced, after decades of experience, that they should be used as oracle cards. For inspirational purposes, however, they work like a charm…

There are so many stories in that deck of cards, so many outcomes, so many obstacles. The fascinating (and often excellent) artwork only adds to the experience. I have found inspiration for whole stories working with the cards – they’re like a vitamin shot to the creative system, and I love them for it.

Some works better than others, however, and here’s my favorite tarot decks (in no particular order):

This has been my #1 deck for some years now, and the ink has faded somewhat from mine. The deck is atmospheric and perfect for a lover of dark fiction. It is is rife with disturbing Victorian images, literary nods and beautiful monsters. For those of us who prefer to see the world through darker glasses. 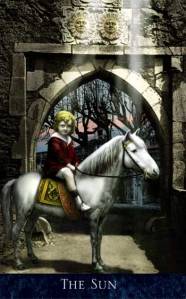 Another gem from Baba Studio. The Alice Tarot deck is gorgeous and whimsy. Not only does it provide inspiration, but is also celebrating an immortal work of fantastic fiction – which is a treat in itself. The colorful cards are an antidote to the gloominess of the Bohemian Gothic deck, though I’m not sure if the world of Alice is to be preferred. Darkness lurks in the rabbit hole too. It’s fascinating to see how the scenes in the Alice books are reinterpreted in the tarot system. 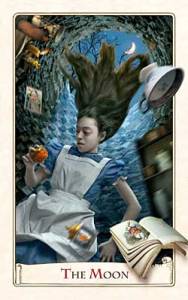 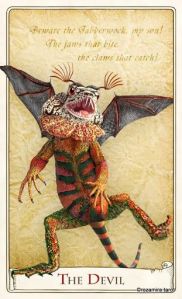 I first saw this deck in a store window when I was 19 and had just moved to the big city. A few years later I bought it, and was instantly mesmerized. it’s not just the deck itself, but the comprehensive book that comes with it, which for me acted as an introduction to a complex religion I knew nothing about (despite being passionate about myths and religions). Due to poor cardboard quality, I’m now steadily wearing out my second deck – with an ambition to buy a third. 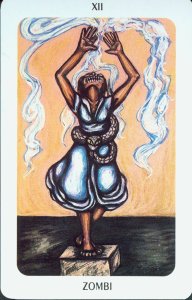 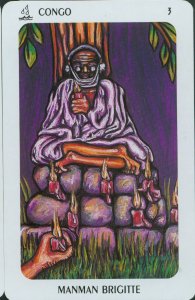 This deck is not really a tarot deck and neither is the artwork my favorite, but it’s earned its place on the list by its unshakable inability to ever predict something good. Whatever your purpose to take out the deck, no matter your questions or circumstances, rest assured this deck will always tell you what will go wrong. I haven’t once seen this deck predict anything good. The accompanying book does have some gems though, I found at least five fairies I’d never heard of before (all ominous, of course). 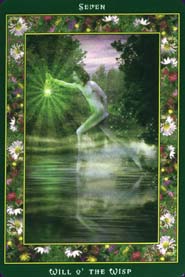 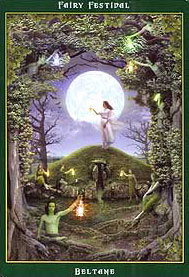 5) The Haindl Tarot by Hermann Haindl

This eerie deck was my #1 for years when I was in my twenties. It was also the first deck I bought out of love. The dreamy quality of the images taught me to use the cards for something other than divination for the first time, working as triggers for the imagination. It’s still a fascinating deck, if a little outdated. 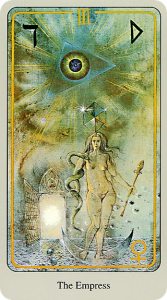 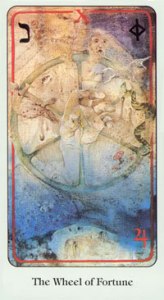 6) The Llewellyn Tarot by Anna-Marie Ferguson

Like with the New Orleans Voodoo Tarot the greatest charm of this deck is in the writing. The book that comes with is a treasure trove of Celtic legends and myths. I read right through it once I got it, and was very much the wiser when I was done. 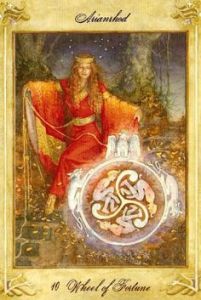 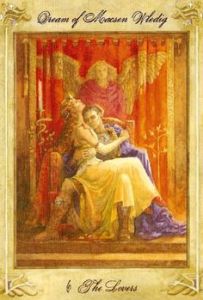 7) The Faeries’ Oracle by Brian Froud

I am no fan of oracle cards. I often find them cheap and full of dolphins and unicorns. I also don’t see why one has to make up new oracles when the old ones works just fine (it just takes a little work to learn to know them – and therein, of course, lies the challenge…). The Faerie’s Oracle is my one exception, and it’s all because of the art, of course. These fairies are nothing like Tinkerbell, they are strange and different and… just lovely. 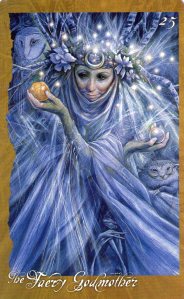 This entry was posted in Fairy tales, Myths and tagged fairy tales, myths. Bookmark the permalink.