Posted on November 5, 2014 by camillabruce

When I wrote “Sugar Dragon”, my yet-to-be-published novel, I did a lot of research on abandoned houses. Nothing tickles the imagination quite like it: the old house with furniture and personal keepsakes intact. When I was a kid, we used to go explore them – trespassing, most certainly. I’ll never forget one particular episode when I was about four and entered a room crammed with heaps of old furniture. I was all alone, having lost my fellow culprits, and the room was very dark – then suddenly I saw someone in there, moving. That moment of shock before I realized it was me, reflected in an old mirror, is forever etched into my brain…

Usually what was left behind in those building was not enough to to get a full picture of those who used to live there. Often it was bits and pieces: towels, magazines, broken chairs, a lamp shade… enough to make up a story, but not know the truth. Maybe that was half the charm – to let the imagination soar.

In “Sugar Dragon”, the house is a character in its own right, crucial to the story – so it was important to get it right. The place was to be a haven for little girls, yet have all the characteristics of a classic abandoned house. So I did the inspirational research – and on my way across the the internet I found a lot of gems – like these, who would be more than worthy of stories of their own:

Dutch photographer Niki Feijen specializes in abandoned farm houses and urban exploration. I particularly like the faded faith in this one: 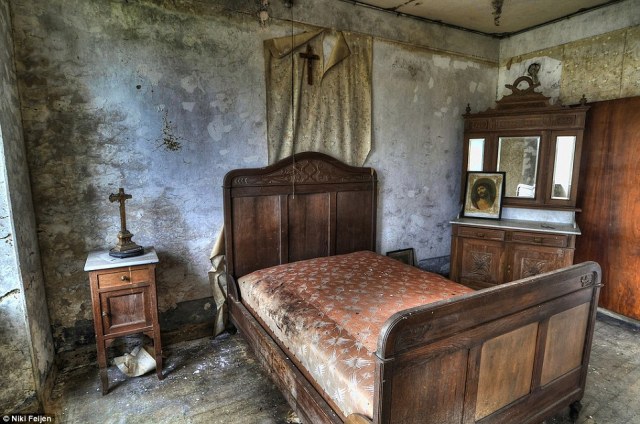 More pictures from this series

Finnish photographer Kai Fagerstrom’s series “The House in the Woods”, captures forest animals who has moved in to the abandoned buildings: 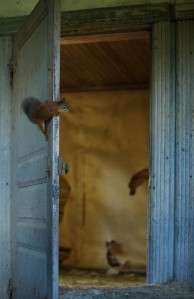 Photographer Daniel Marbaix’s photos of a house who used to belong to a doctor – complete with medical equipment: 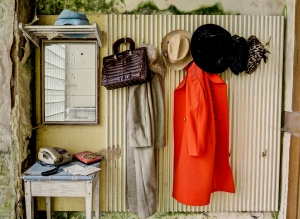 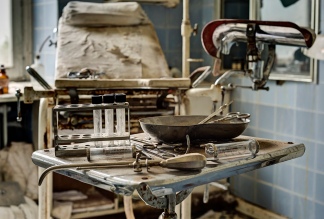 Madame de Florian left Paris during WWII never to return. The apartment was paid for but never entered until recently, when an auctioneer went inside to find a time capsule from 1942, complete with dust and emu:

… It’s impossible not to fall in love.

This entry was posted in Writing and tagged sugar dragon, writing. Bookmark the permalink.

1 Response to Lost and Found